The Portland area is home to a large urban Native American population with 50,000 people representing 380 different tribes, so representing our local Native American community on a single bike was no easy task. That’s why there are two Native American Heritage Month bike designs! Each design is distinctive and rich with symbolism, and together they represent the diverse tapestry of tribes in our city.

Here’s more about the designers:

Heather Ford (Seneca) is a senior administrative assistant at Nike and member of the Nike Native American Network & Friends. When creating the design, Heather looked to the history of her own tribe, and was inspired by the historic wampum belts of the Haudenosaunee Confederacy.

Used to commemorate significant moments in Iroquois history, the wampum belts convey messages of peace, unity and respect. The bike’s vibrant purple and contrasting white are the natural colors of the whelk and quahog clam shell used to make wampum beads.

The Hiawatha Belt on the basket front symbolizes the unification of the original five nations (Seneca, Cayuga, Onondaga, Oneida and Mohawk) that make up the Haudenosaunee Confederacy. The bike design also includes elements inspired by the Canandaigua Treaty belt, the Six Nations Belt and the Dust Fan Belt.

“Primarily I wanted to show that the belts are beautiful art, but they are also visual reminders of the treaties that are an integral part of our nation’s history, and that we should constantly be working toward unity, peace and respect,” said Heather.

Odo Ishkiin (Shoshone-Bannock/San Carlos Apache/Blackfeet) is an artist and Portland State University student. Odo – who grew up in Portland and whose grandmother came here from Idaho through the Indian Relocation Act of 1956 – also represented NAYA (Native American Youth and Family Center) as the Head Man grass dancer last year.

Odo’s bike design is a tribute to the traditional horse culture of Western tribes. The bike basket’s handprint echoes how Native Americans artistically marked their horses, and the running horse and horseshoe patterns help turn the bikes into steeds themselves, moving confidently through the city. The blue and yellow in the design are traditional colors of his Native American medicine wheel, and the artistic style was inspired by Native American ledger art, which is an evolution of traditional animal hide painting.

“Horses are a vibrant part of my culture, as well as a traditional means of transportation, so they seemed like the perfect inspiration for this design,” said Odo. “I hope this bike will help raise the visibility of Native Americans in Portland and show that we’re out here, we’re doing big things in our community, and we’re making a difference.” 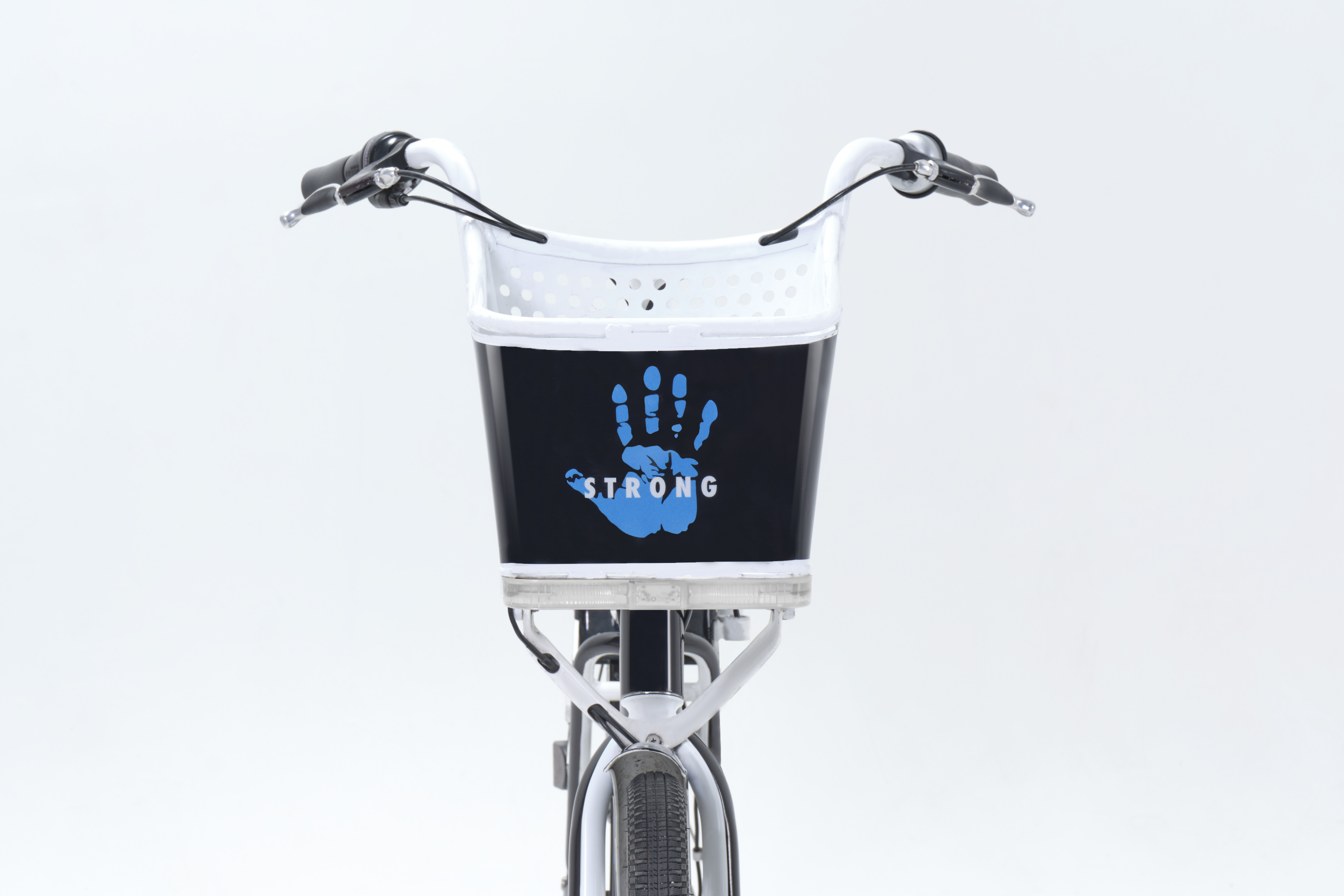 As with all of the Culture Collection releases we had the opportunity to work with an amazing photographer, and member of the community being recognized, to capture the designs and the people behind them. Thank you to the awesome Kari Rowe for the patience and passion she gave to this project.